Around Moscow, the country rolls gently up from the rivers winding in silvery loops across the pleasant landscape. Small lakes and patches of woods are sprinkled among the meadowlands. Here and there, a village appears, topped by the onion dome of its church.

–Peter the Great: His Life and World, Robert K. Massie

midafternoon, and the nevsky express is trundling through the countryside somewhere outside of saint petersburg. everything i’ve read about the bleak landscape of russia in winter is true: it is a great, flat expanse covered in snowy crust and blanketed by thick pines. sometimes this is broken up by a town of wet-stained grey houses painted over in anaemic shades of pink and blue.

though it’s barely past 2pm, the light wanes. a meek sun tries to push through menacing white snowclouds. the hour becomes pink; we cross a frozen river. it feels right being carried across this coldscape to close a year that, for me, has been fuelled by grief and heartbreak.

where do we get our desire to travel, and how do we decide to go where we go? cheap flights make things easier than they were generations ago, but that deep-seated wanderlust seems hard-wired into me in a way i’ve never fully been able to explain.

and the mystery of how we choose where we go. do the destinations, in fact, pick us at the times we are ready? i’ve wanted to go to russia since i was 22 and read robert k. massie’s peter the great. this led me to a temporary college major in russian history, quickly abandoned once i tried actually learning russian and took a moment to consider where a career in this arcane subject might take me. in fact, it probably would have been more useful than i thought back then.

why, then, after all these years, am i only here now?

i read peter the great and fell deeply in love with the early 18th century world i imagined peter the first lived in. a man larger than life (quite literally for he was 7ft tall!), an outsider to the murmuring, bearded world of old muscovy, it was peter’s inquisitive mind and search for things beyond where he lived that put him down in history books as an enduring world leader and the man who single-handedly built backward russia into an empire. 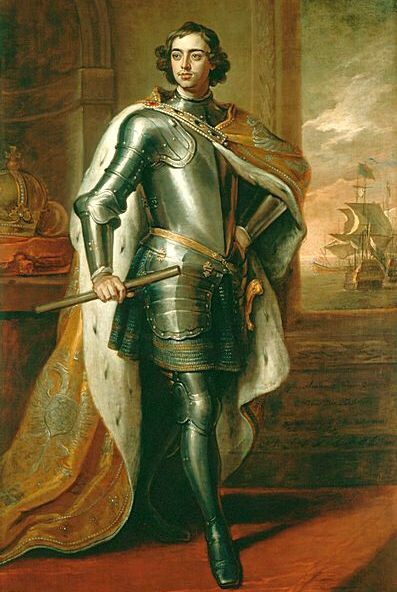 some might say peter was a visionary. to me, he merely followed his heart to the places it took him: lake pleschev outside moscow, where he first encountered a boat and learned to sail it. the city’s german suburb where he made his greatest friends from all over the world. travels in europe. an excursion in england, living in deptford, not far from where i do, and learning the naval arts from great british shipbuilders along the thames. and eventually the frozen marshy gulf of finland, where he built his own perfect city hundreds of miles from the dark, old capital.

rereading massie’s book over these few days in russia has led me to question what exactly it was about peter that captured my imagination, for he was also a deeply flawed man, prone to bouts of anger and overindulgence that led him to an early grave at the age of 52.

it seems to me peter lived with reckless abandon, an underrated quality and one we are taught will lead to our own destruction. for peter, it helped him build an empire and, it seems like, have fun while doing it. and so maybe it is possible to live our wildest, most improbable dreams, find our craziest moments of bliss and still be someone great and build something enduring, too.

the nevsky express slows upon entering an eerie patch of frozen fog. a dead forest of tree stumps closes in on the tracks from every side. the world goes charcoal-grey and suddenly the train compartment’s lights offer a warmth of contrast to all that, out there. another frozen river carves a snaking path of black ice below, and then there’s a small village of shanty wooden huts, roofs sagging. more fog, more pines, more snow.

and somewhere ahead, the steaming lights of old muscovy.