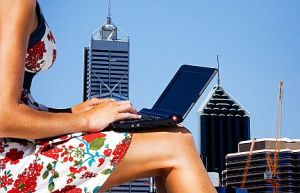 travel writing used to be very different. even 10 years ago, it was a travel writer’s job to take people where they couldn’t otherwise go. to describe scene and place. to be flowery and good with adjectives and to write long, exponential pieces about the world the way others didn’t, and perhaps couldn’t, see it. that’s all changed now. i am about 15 years too late in saying “this internet has changed everything”, but it’s especially true of travel writing. and it has changed fast.

i wasn’t part of the earlier generation of travel writers. i don’t know what it’s like to research the story without google and i never once have pitched a story to a magazine editor. i write for myself, and very occasionally still for an editor, and that suits me just fine. but there is a whole group of writers out there that have had to change their entire outlook on their profession, acquiring a new skill set and going about things differently.

speaking of editors, i was exchanging emails with my editor from globe pequot press yesterday about a chapter that i’d submitted in the el paso book i’m working on. i’d asked him about how to do the maps (since my deadline is impending!) and his response really caught my attention. he told me that i would use google maps to create maps that i wanted listing places i wanted and then the cartographers would use those to make the maps for my book. but, if i didn’t know how to use google maps, he said, i could just create a microsoft word document listing the places and things i wanted on the maps. he said it in such a way as to suggest he often worked with writers that couldn’t use google maps.

this has got me to thinking about my profession and the skills it requires. fundamentally, i think it changes on a daily basis. there is always some new tool or website or iphone app that i should already be using before it even comes out! (the latest one is foursquare. don’t even talk to me!)

with that in mind, i’ve put together a list of skills and tools that i think are essential for any travel writer or aspiring travel writer to be competent with.

1. google maps. i’ll list this first because it is fresh on my mind. i recently did an article for irishjaunt that featured a color-coded google map for a route – one that readers could print and take with them. plus, google maps is simply necessary for researching. i used it just yesterday to virtually visit (through the street view) a part of el paso that i don’t know very well so that i could describe it for my readers. how’s THAT for techo-savvy? [tweetmeme]

2. wordpress. there are about a million and a half articles on the interweb about how to use wordpress, so i’m not going into it. but i’ll tell you why i think you should know how to use it: because it is the gold standard platform for creating a travel website or a blog and everybody’s doing it. if you get hired as a blogger or contributor to a site, or are thinking of starting your own, you’ll need to be able to maneuver successfully through wordpress.

3. for that matter, google. does this sound trivial to anyone? okay, you need to be able to use google beyond just typing a word in the search bar. you need to know how to really dig deep – how to find addresses, maps, descriptions and photos with google.

4. creative commons. creative commons is an online library of works (images, videos, music and other media) that are licensed by their owners/creators to be used freely on the internet. there are different licenses that allow you different types of sharing – some require you to credit the work to its creator and others are free and clear to use and modify however you want. i mostly use creative commons photos from flickr.

6. basic web coding. this includes CSS and html. i’m not saying you need to be able to write these crazy languages from scratch, because i certainly can’t. but it is useful to know how to code a basic link, a basic photo and to have a vague idea of what you’re looking at on a CSS-coded page. this is because, if you’re like me, you’ll eventually get tired of working for other people and want to have your own site or blog. to make a pretty one that doesn’t look like it was made using a free geocities account in 1998, you will need, at the very least, to be able to tweak a pre-existing theme to suit yourself.

7. iphone. okay, here’s where i admit that i don’t have an iphone or a blackberry or any other type of handheld device. bill and i share a basic mobile with basic pay-as-you-go non-subscriber service. mostly this is because i spend so much time at a computer that, when i’m away from it, i want to be away from it. but i know in my heart that iphones are the wave of the future, especially for travel, so eventually one day i will consider getting one.

8. social media. again, there are about a bazillion blogs about how to “use social media to market your articles” and what the value of social media is. suffice it to say, yes, you NEED to be competent with social media as a travel writer. by social media, i am referring to twitter, facebook, digg, delicious, reddit, diigo, stumbleupon, google buzz and many MANY others. most of these are simply marketing tools to get the word out on the interweb about your article/site and connect with others in your industry or outside your industry. but you need to be able to use them all competently. i can’t tell you the number of self-titled travel writers i’ve met who don’t even have a facebook account! i’ve got news for you: if you are online and your name is out there on the interweb as a travel writer, chances are your privacy is already shot. GET ON FACEBOOK. that is all.

9. a camera and photo editing software. travel writers take their own photos, this is still true. what’s changed is that cameras are digital and you have to edit and resize them to make them look good and upload properly to a website. if you don’t know how to resize or rotate a photo, i suggest you download gimp (it’s like photoshop but free) or just go splurge on photoshop and learn your way around it. you don’t need to necessarily know the fancy stuff, but you at least need to be able to use this software to resize, rotate and crop photos. and no, the software that came with your camera won’t suffice.

4 thoughts on “the new wave of travel writing: 9 essential skills”